Five members of Jamestown’s Envirothon team competed in early August National Conservation Foundation’s Envirothon Championships in Raleigh, North Carolina.  They competed against the winning teams from each state and from other countries, such as China.  They won the championship and were awarded with a check for $15,000 in scholarship money to be split among them. 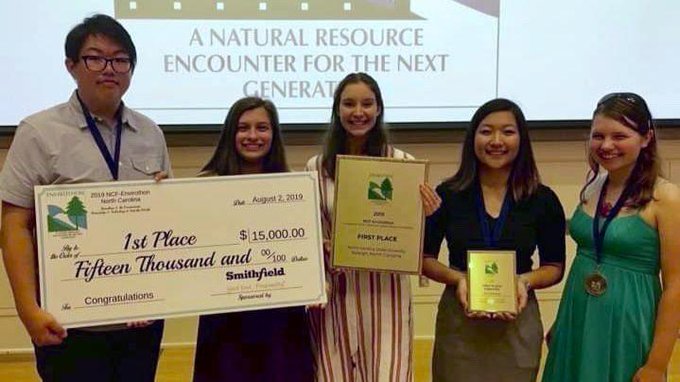